As we reflect on entering this new decade, it would be easy to fall into the trap of focusing on our personal problems and what’s wrong with the world. There’s climate change, racial prejudice, inequities and severe shortages in our health system, stresses in the workplace, and conflicts overseas.

But for a moment it’s good to step back and look at what’s right. On 14 January 71 children and teens arrived at El Rancho on the Kapiti Coast for the sixth annual Camp Purple Live, CCNZ’s six day camp for young people with IBD. It was a week of water sports, team-building activities, go carting, raft building, and an outing to Wellington Zoo. The week culminated in an all day carnival where NZSG President, Malcom Arnold, was the most popular victim of the dunking tank (see photo).

Over twenty five volunteers , all with IBD themselves, donated a week of their lives away from their own families to support these children. They demonstrated to the kids what comes out of living with a chronic disease: a heightened sense compassion, empathy, and inner strength. The children were mesmerised as they watched a video of three of the young volunteers who spent two gruelling weeks racing through India in the sweltering heat in a tiny rikshaw. In doing so, they raised over $25,000 for the camp. Supporting the volunteers was a medical team of six nurses and four gastroenterologists, and a child psychologist/ Four members of the medical team also have IBD. We could never find better role models.

One of the most common comments repeated by the children is how hard it is to talk about their disease and symptoms with their friends and schoolmates. At Camp Purple, the children are surrounded by a group of kids and volunteers whom they often refer to as their "camp family". The children instantly relate and feel, often for the first time, comfortable with their illness, and, more importantly, a sense of total acceptance.

The resiliency of these children was amazing For those who don’t know, at the conclusion of Camp Purple, over fifty children and twenty volunteers were stranded at Wellington Airport, when the entire airport suddenly closed due to fog. Every flight was cancelled. Many of the children were on special diets, and virtually all of them on medications. Checked luggage needed to be collected, parents needed to be notified, and seventy flights rebooked. With no place to stay for the night and no food for the children, the situation had all the makings of an organisation’s worst nightmare.

But there is goodness in the world. Rydges Hotel, who manage the conference centre at the airport provided a large conference room. With a protected place for the children the leaders were able to formulate a plan, contact parents, and rebook flights. Then the Hutt Valley Freemason Lodge in Petone stepped up and literally handed over the keys to their lodge building in Petone for the night. The building was huge, with a full kitchen, auditorium, lodge meeting room, even a museum upstairs. The lodge building was transformed into another camp. Three meals were quickly put together and served, medications dispensed, the children sat around talking and playing games, and seventy people eventually opened their sleeping bags for the night.

The children never complained. They turned the evening and night into an incredible adventure. It was an example of what living with IBD can bring: an ability to adapt and turn a challenge into something positive.

CCNZ would like to thank to Professor Andrew Day who is a Trustee and has chaired the Camp Committee since 2015. Please contact CCNZ if you have an interest in volunteering for our next camp in the Auckland region in January 2021. 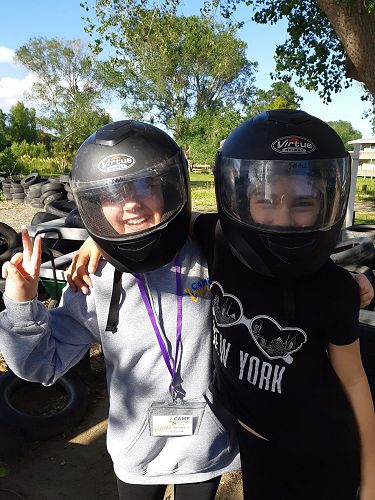 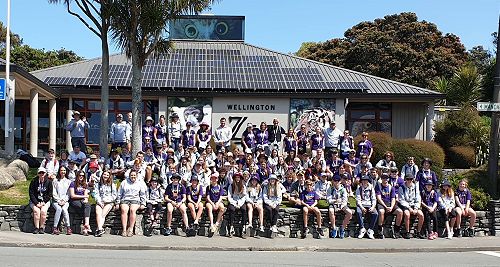 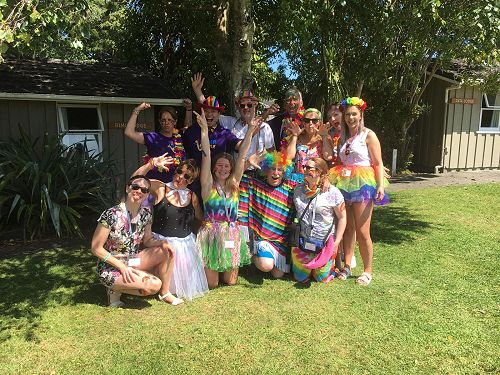 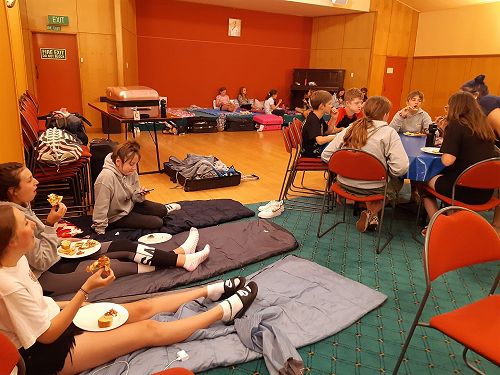